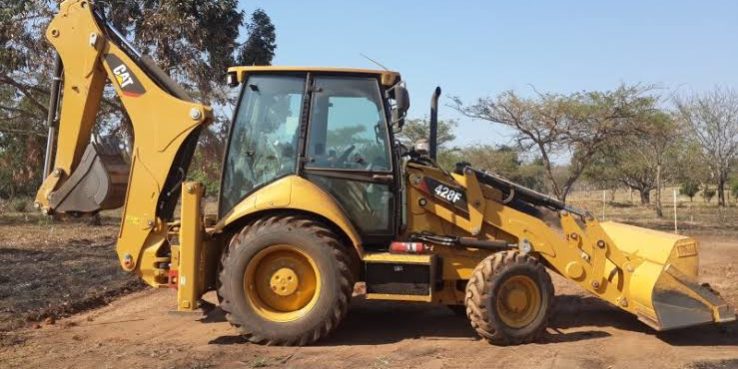 TLB hire in Nelspruit: All about this amazing machine

You have possibly driven behind one of these heavy pieces of machinery before, traveling down an urban or rural road the TLB is an expected sight in most places. TLB hire in Nelspruit and TLB hire in Malelane as well as TLB in other towns such as Komatipoort, White River and Barberton, have simplified the otherwise difficult and time consuming task of digging or plowing. TLB or tractor loader backhoe is used in all sorts of industries and for all sorts of purposes, from digging in the farmland to preparing the earth for road expansion or the foundation of a new high rise. Those who are in the industries that make use of this machinery are able to complete the job much quicker than if they had the digging done manually.

What is a tractor loader backhoe?

Fitted with a large digging shovel in the front and claw-like scoop on the back, the TLB is a small piece of heavy equipment that is a common feature at most building sites as well as in the agricultural industry. This piece of machinery is highly versatile and adaptable; it has many uses and this is what makes the machine so popular. TLB in Nelspruit and TLB in Malelane are incredibly popular as the towns expand and as agriculture continues to play a dominating role.

A brief history of the TLB

The TLB will turn 62 this year. This revolutionary machine that has played such a big role in development was the brainchild of Joseph Cyril Bamford, a British businessman. He created the modern day TLB, the very same type of TLB in Nelspruit and TLB in Malelane, by converting a farm tractor. He attached a backhoe, the “scooping arm”, onto the back and he attached a “bucket” onto the front.

There are two types of TLB available: one with removable backhoe and bucket and one with a permanently attached backhoe and bucket. The TLB which has permanent attachments is fitted with a seat which makes it able to move around in a circle while the other type is fitted with seats that are attached to the actual fittings such as onto the backhoe.

While in South Africa they are known as TLBs, in Britain they are known as JCBs. This is because the company that manufactures them in Britain is called JCB. Around 20 years after the TLB was manufacture it underwent another transformation when it had 4-wheel drive installed in it. This has enabled the machine to go over difficult terrain making it a more versatile option to have.

The many uses of the TLB

From construction to the removal of materials that have been dug out of the earth, the TLB is known for its ability to be adaptable to most needs and thanks to its adaptability it can tackle almost any project and any terrain. Over the years many new features have been added. Various attachments to suit a variety of needs have become available and this has made it the machine of choice as it can do many jobs at once.

TBL hire in Nelspruit are mostly used for construction. With the recent and currently in progress revamp of the R40 heading towards Barberton, the TLB has been especially prominent. TLB has been involved with the preparations of the earth for the widening of the road by digging out the soil to make way for a new road. And once the earth was dug away, the TLB was again brought in to remove the excess materials that were left in the way. They have also been used during the construction of buildings as the town continues to grow and expand.

The TLB in Malelane truly excels when it is used in agriculture. Helping the farmer to prepare the land as never before, the TLB is a must have on the farm especially for those who have plenty of ground to cover in preparation for the planting season. The work can be done in less than half the time that it would have taken to do the preparations manually. But it is not only for getting the land ready for planting that the TLB is a much loved machine, but the TLB is also consistently used to dig holes for poles used in the construction of barns and other farm buildings. Trees can also be transported for planting and the difficult to remove stumps can easily be removed using a TLB.

The TLB is unique in its size. Small but sturdy and able to complete any job easily, the TLB in Nelspruit and TLB in Malelane are compact, they can easily move around on the job and they have the added benefit of being easily transported once a job is complete. Two machines become one when a person employs a TLB for the job. Rather than having two bulky, specialized machines on the project you will have just the one machine. And to ensure that the machine is as sturdy as possible, most of the TLBs available will have a set of stabilizer legs.

Although the TLB is small in comparison to most machines you will find, it is able to lift incredibly heavy loads and it can hold plenty of dirt in the bucket attached to the front. While the TLB might not have as much power as the other equipment that you have available, it can certainly successfully complete many difficult jobs.

The TLB can be an expensive piece of machinery which is why the majority of people who need a TLB for whatever project they are working on will hire a TLB rather than buy one. Besides unless you own a building company you are highly unlikely to want to buy one. TLB hire in Nelspruit or Malelane can be found at the most plant hire companies.  Jaundre’s Plant Hire has been in business in the Lowveld for many years and they are known for their superb equipment and their reliable services. If you are looking for a quality plant machine then Jaundre’s Plant Hire has the solution for you.